REGISTER NOW FOR THIS HIGHLY ANTICIPATED CONFERENCE PARTNERED WITH THE LOUISIANA FIRE CHIEFS. 2 SHOWS FOR THE PRICE OF 1!

Did you know that we’ve been holding this annual conference & vendor exhibit event for over 40 years? Did you also know that our conference has the most consistent and loyal exhibitors and sponsors of ANY divisional conference? Thanks to our loyal corporate sponsors working with us we have been able to see the birth of new programs and development of higher quality equipment, online and live training programs, access to thousands of relevant training programs and….awareness of the many health issues that firefighters and EMT’s battle long after the job is done.

HATS OFF TO YOU FOR LISTENING, UNDERSTANDING, RESEARCHING AND DELIVERING exactly what we need. But our job isn’t done. And thanks to you for giving us the tools we need to continue to advance the skills our firefighters of tomorrow will need.

Questions? Please contact Lisa Moatts @ (843)330-6615 or connect with our Facebook page https://www.facebook.com/executiveleadershipconference/ and message us. We usually respond within 2 hours.

WITH INCREDIBLE RESPECT AND APPRECIATION FOR WHAT YOU DO FOR OUR COMMUNITY….THANK YOU!

IAFC- Division kicks off the largest class yet in Lafayette

DETAILS: Lafayette Fire Department will host the International Association of Fire Chief, Southwest Division, Leadership and Coaching Academy this week at our training facility. 1 Smart Career consulting firm partnered with IAFC to bring this cutting edge leadership academy designed for members of the fire service. Twenty-two fire chiefs and officers from the southwest division of IAFC will be in attendance including members from Lafayette Fire. The academy will begin with a 3 day symposium on topics of leadership, coaching, and mentoring. It will be followed by 4 months of online courses.

Fire Chief Robert Benoit is a member of the IAFC. He is also the 1st Vice President of the IAFC’s Southwestern Division. IAFC is a prominent organization in the fire service providing leadership to fire departments throughout the United States and Canada. Chief Benoit welcomed the opportunity to have Lafayette serve as a host site. After reviewing the course programming, he was encouraged with the depth of training and believed the outcome to be very beneficial to his members and the fire service in general.

There will be a graduation ceremony held for the officers who complete the course. The ceremony is held in conjunction with the Executive Leadership Academy in October.

At the conclusion of the academy, there was a special treat for the students and instructors. The officers from Plaquesmines Parish Fire Department worked with the host to show everyone what real cajun food is all about

Chief Robert Benoit of Lafayette, LA was elected as the 2nd Vice President by the members at the annual business meeting which took place on October 7 in Houston, TX.

Chief Benoit began his career in 1979 when he entered rookie class for the Lafayette Fire Department.  He rose up the ranks in Lafayette with numerous positions.  He was appointed the Fire Chief in 1993 and remains in that position today. During his tenure with LFD he served as an adjunct instructor for LSU-Eunice from 1992-2000.

Chief Benoit has been a member of the IAFC since many years.  He has also served many positions on various committees representing the Southwestern  the IAFC Constitution and By-Laws Committee.

Chief Benoit will host the 2019 Executive Leadership Conference in his home town of Lafayette, LA.  He currently is also on the Education/ Conference Planning Committee.

We are pleased to bring you the 2017 Executive Leadership Conference in Houston, Texas.  We have finalized the schedule of events and are ready for our attendees.

There are still a few seats available for the break-out sessions and general sessions.  Please consider registering for this important conference designed for the exclusive

needs of our Chiefs, Chief Officers, Leaders and Training Officers.  We are here to offer our division members education and resources they will need to lead the next generation of fire service

leaders.  Things change so quickly and without proper training and continuing education our leaders won’t be prepared for tomorrow.

Our general sessions and break-outs are designed for our chiefs and chief officers.

Special thanks to our sponsors and exhibitors who made this conference possible.

We also have a special treat for the registered attendees on Friday, October 6th. This is the “Rocket-City” and we couldn’t allow a visit to Houston without a special after-hours tour at Johnson Space Center! Thanks to

for sponsoring this fun-event!  You must be registered for the conference before October 1 to take advantage of this tour

We are providing breakfast, lunch and breaks for October 5 & 6 sponsored by Joiner Architects and Gamma Construction

The conclusion of the conference is noon on October 7th.  This allows time to visit all of the other attractions in the area.  Take advantage of what Houston/Clear Lake has to offer! 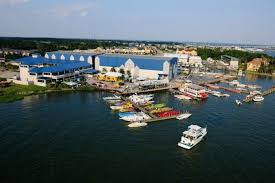 We have a special treat for our registered attendees & vendors at this year’s education conference in Houston.  Thanks to Kirkpatrick Architectural Studios we are able to partner with Lyndon B. Johnson Space Center in Houston and bring a special

EVENING WITH NASA after hours tour exclusive for the IAFC-Division Fire Chiefs!

The tour will begin just after 6:00.  Buses from the LBJ will begin picking guests up @ 5:50.  All those attending the event must have their state issued identification (D/L or government ID) and must be US citizens.

Located on 1,600 acres, Johnson Space Center is the home of Mission Control where human space missions and the operations of the International Space Station are monitored. It is also where astronauts prepare and train for missions.

Look closely and you can see near the top-right corner of the photo (above left) a tower shaped building.  That is the Hilton Hotel & Convention Center and location of the Executive Leadership Conference & Expo; right across from the space center.

This exclusive after-hours tour will have 3 different parts.  Building 9 begins the tour.

From the catwalk high above the massive floor, you’ll see several mockups of International Space Station parts and even get a look at the new Orion capsule. You might see pieces of the Canada Arm or other new and developing tech that will pave the way for future exploration. Cutting edge rovers, robots, next-level space suits. Here is where the impossible is happening right now. Be a part of history in the making as you witness engineers, scientists and astronauts shaping the future of space exploration.Click here to read more about what to expect

The 2nd part of the tour takes place in mission control.  “Houston, we have a problem…” is one of the most famous mis-quoted phrases of the last century and the failed Apollo 13  mission.  But, see first hand the control room where all of the history took place!

Last but certainly not least, the tour winds down at SATURN V at ROCKET PARK!

Mighty and massive, the Saturn V rocket at NASA Johnson Space Center is the tallest, heaviest and most powerful rocket ever flown. NASA used the colossal Saturn V rockets primarily during the Apollo program to send Americans to the moon. Flown from 1967 to 1973, the rocket launched 27 astronauts into space with six successful missions landing men on the moon. Saturn V also launched Skylab, America’s first space station, into orbit in its final mission. Astronauts could immediately feel the impressive power of Saturn V propelling them through Earth’s atmosphere into orbit.

There are only three Saturn V rockets on display in the world. The rocket at NASA Johnson Space Center is the only one comprised of all flight-certified hardware. The other two rockets are made of flight hardware, mock-ups and test components. The three segments, called stages, contain the powerful engines needed to lift off, entering orbit to reach the moon. In total, 13 Saturn V rockets launched into space.

GROUP  PHOTOS FROM IN FRONT OF THIS MASSIVE ROCKET WILL BE TAKEN AND AVAILABLE TO OUR SPECIAL GUESTS.

To see more about the conference education and events, please click here

Register before September 1 and receive special discounted tickets for $150.

A group of three can attend for $350!  (B2G1 registration) *must be from one department or company.

Why should you decide to sponsor or exhibit at our conference?

How about 1200+?  That’s how many current members belong to the Southwestern Division of the IAFC.  How about add another 1000 to that number?

That’s the additional impact we have at our state associations.  Our state partner associations are made up of Arkansas, Louisiana, New Mexico, Oklahoma and Texas

Considering the location of our region (FEMA 4) we have huge impact in the way much of the nation responds to the needs  of the American Fire Service.

In Texas alone there are 1,529 registered fire departments SOURCE https://apps.usfa.fema.gov/registry/summary

Register now to exhibit, sponsor or donate to our 2017 Executive Leadership Conference.  We appreciate our suppliers and partners.  Without you, none of this would be possible.  All donors will automatically get a mention in our conference program and brochure

Your participation in the IAFC- Chapter Conference assures even more of the support for training and support goes directly to the members.

Letter from our President

Mr. Michael Mirarchi, a colleage of Dr. Gordon Graham will be the keynote speaker

He has presented his “Reset the Clock” program over 1,100 times to more than 26,000 leaders at employer facilities across North America. He has presented the HR Professional version of this program for SHRM Chapters across the country, annually for Dallas HR.

In conjunction with various employer, industry and professional associations, he has conducted live TV broadcasts, webinars and on-line employee relations programs, in addition to presenting at their regional and national conferences.

Minimize The Risks of Day-To-Day Management

Maximize The Effectiveness of Your Policies

IN 2013 MIKE WAS INDUCTED INTO THE HRSWC HALL OF FAME!

Discount offered to Southwestern Division Members!!! Register now and save $60

We’re excited and honored the 4th Annual Station Design Conference will be held in the historic, 80-acre Bob Bolen Public Safety Complex in Fort Worth, Texas, May 3–5, 2017.

This renovated 500,000 sq. ft. complex is shared by Fort Worth fire and police headquarters and expansive training venues.

Located in one of two pre-WWII warehouses, the Fort Worth Fire Department has repurposed the historic facility into modern offices, auditoriums, classrooms and offers extensive training scenarios—a  must-see facility!

This year’s program has expanded to provide three days of immersive education on fire station design presented by award-winning architects and project managers of fire stations and public safety facilities to guide you through the journey to your new fire station.

Whether you’re thinking about your next fire station, or already in the process, you won’t want to miss this event!

ATTN:  EXHIBITORS OR SPONSORS:
PLEASE COMPLETE THE CONTACT FORM BELOW FOR MORE INFORMATION

Oklahoma City, OK was host to the SW-IAFC and OFCA joint conference April 6-9

An incredible week of education, networking, exhibits and fun.  The conference also enjoyed the largest attendance numbers in recent history for the SW Division conference.

Keynote speaker Executive Director Bill Webb delivered a message about the power and influence we hold as the  leaders in fire service to the leaders in Washington.  CFSI continues to work for America’s Fire Service!

Congratulations to our new board members

Chief Shauwn Howell of Arkansas was elected to serve as 2nd Vice President.

Chief Roy Robichaux of Louisiana was elected to serve as the IAFC-SW Division Director.